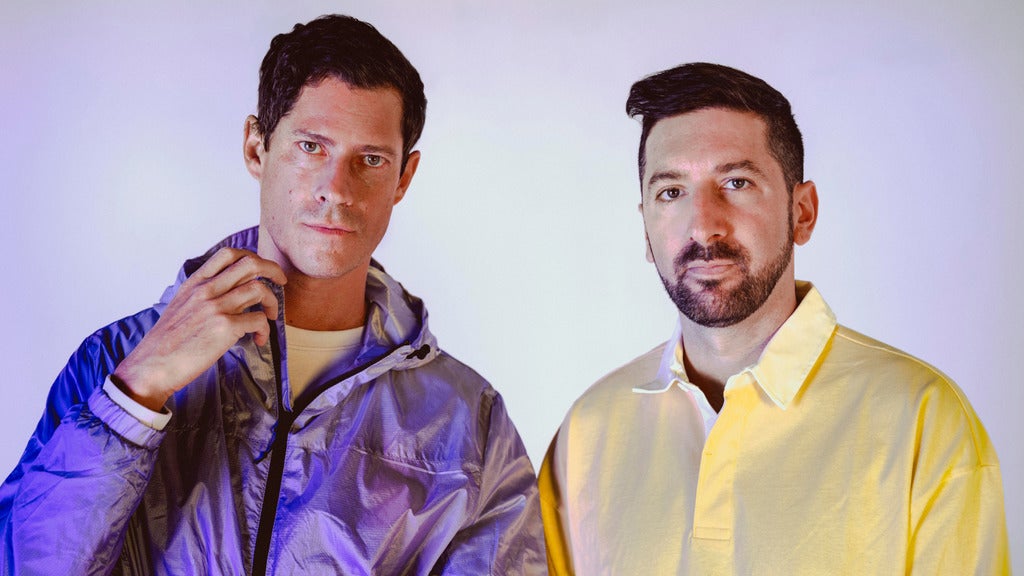 WEBSITE | FACEBOOK  | INSTAGRAM | TWITTER | LISTEN Chiefly a dance act with uplifting material built for and tested at festivals such as Coachella, Lollapalooza, and Bonnaroo, Big Gigantic mix programming with live instrumentation and take a similar approach with genres and collaborators. Not strictly EDM by definition, the Boulder-birthed, Denver-based duo draw from house and dubstep, as well as jazz, funk, and modern hip-hop, incorporating the latter with the greatest frequency. They debuted in 2009 and five years later scored their first charting release with The Night Is Young, an album highlighted by the ecstatic and dizzying title song, featuring Cherub. Brighter Future, Big Gigantic's next LP, almost topped Billboard's dance/electronic chart in 2016 with a boost from the Logic and Rozes collaboration "All of Me." Big Gigantic have gone on to release their sixth and seventh albums, 2020's Free Your Mind and 2022's Brighter Future 2. Dominic Lalli and Jeremy Salken met while performing in and around Boulder and became roommates. Big Gigantic was born during the MySpace era when Lalli, who earned a master's degree from the Manhattan School of Music (he studied saxophone with David Liebman and Bob Mintzer) was making music on his computer, and asked Salken, a drummer since the age of three, to augment his productions. Naming their partnership Big Gigantic, they debuted with the full-length Fire It Up and quickly followed it with the Wide Awake EP. These titles, self-released in 2009, were rooted primarily in dubstep and left-field hip-hop, with Lalli's saxophone occasionally acting as the lead instrument. After A Place Behind the Moon and Nocturnal were issued respectively in 2010 and 2012, Lalli and Salken widened their scope in 2014 with The Night Is Young, teaming with the duo Cherub on the title track -- their first to feature vocals in a prominent role. The success of The Night Is Young -- it hit number ten on Billboard's Top Dance/Electronic Albums chart -- encouraged Lalli and Salken to continue working with vocalists. Almost all of the songs on their 2016 follow-up, Brighter Future, featured either a singer or rapper, and most of this supporting cast was high in profile. Two of the LP's singles hit the Hot Dance/Electronic Songs chart: "The Little Things," fronted by Angela McCluskey, and "All of Me," featuring a hook from Rozes and a guest verse from Logic. Also boasting appearances from Waka Flocka Flame, Pell, Naaz, and the returning Cherub, Brighter Future consequently reached number two on the dance/electronic chart. Brighter Future Remixed and a deluxe edition of Brighter Future followed in 2017, the same year Lalli and Salken were featured on Steve Aoki and Bad Royale's "$4,000,000." A handful of Big Gigantic singles were issued in 2018 and 2019, and led to the 2020 arrival of Free Your Mind, a comparatively breezy set of songs led by "Friends," a collaboration with Ashe that quickly exceeded ten million streams. In 2021, the duo issued an EP, Leisure Season, Vol. 1, and prepared the release of Brighter Future 2, beginning in early 2022 with preview tracks featuring GRiZ, Kota the Friend, Aloe Blacc, and jointly Vic Mensa and Mick Jenkins.
We use cookies on our website to give you the most relevant experience by remembering your preferences and repeat visits. By clicking “Accept”, you consent to the use of ALL the cookies. However, you may visit "Cookie Settings" to provide a controlled consent.
PRIVACY POLICYCookie SettingsACCEPT
Privacy & Cookies Policy