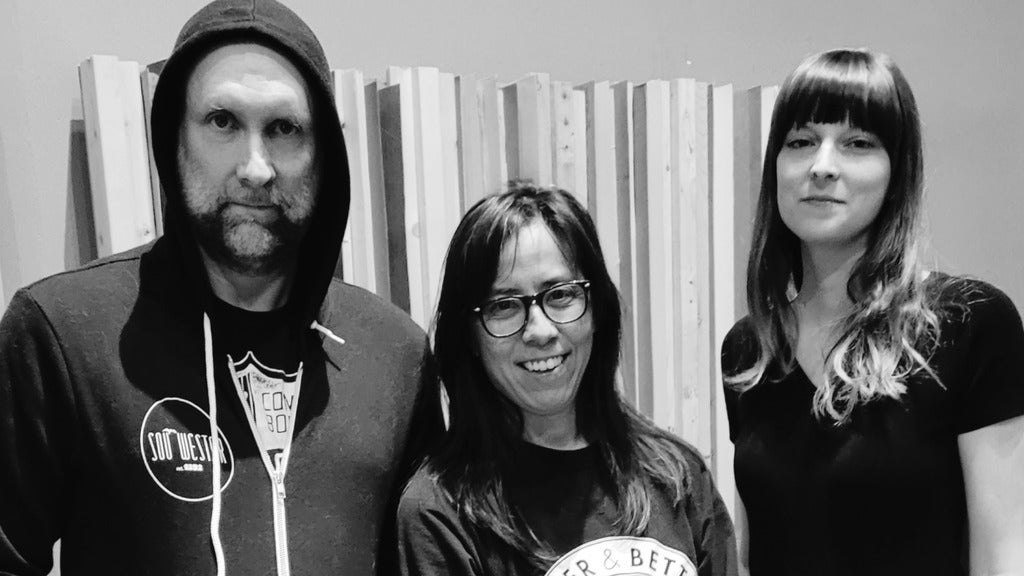 Built to Spill were one of the most popular indie rock acts of the '90s, finding the middle ground between postmodern, Pavement-style pop and the loose, spacious jamming of Neil Young. From the outset, the band was a vehicle for singer/songwriter/guitarist Doug Martsch, who -- heavily inspired by Dinosaur Jr.'s J Mascis -- helped keep alive the concept of the indie guitar hero. On record, Martsch the arranger crafted intricate, artfully knotted tangles of guitar; in concert, his rough-edged soloing heroics earned Built to Spill a reputation as an exciting and unpredictable live act. Their early records betrayed some punk scrappiness around the edges, but as Martsch's songwriting matured he was able to crank out complicated, emotionally wracked songs that melted hearts as easily as they did speakers. The artistic success of 1994's There's Nothing Wrong with Love led to the band signing a deal with Warner Bros. where they released a string of albums highlighted by alt-rock classics Perfect from Now On and Keep It Like a Secret. As they got further from the '90s, and as albums appeared infrequently, the group's work still delivered the same mix of guitar heroics and heartfelt songwriting as 2015's Untethered Moon, which sounds remarkably similar to their early work, proves.

The band formed in Boise, Idaho, in 1993, shortly after Martsch had departed the Boise-rooted, Seattle-based Treepeople. Martsch had grown up in Twin Falls, Idaho, where he formed his first band, Farm Days, with bassist Brett Nelson and drummer Andy Capps while in high school during the mid-'80s. After moving to Boise, Martsch hooked up with former members of the local hardcore punk band State of Confusion to form Treepeople, which relocated to Seattle in 1988. There they signed with the local indie C/Z and issued several albums and EPs that offered a distinctive take on early Northwestern grunge. Eventually tiring of the band's far-ranging touring commitments, Martsch departed after 1993's Just Kidding album, and despite the continuing boom of the Seattle scene, he returned to Boise to refresh himself.

Martsch formed the first incarnation of Built to Spill with bassist/guitarist Brett Netson (also a member of Boise scenesters Caustic Resin) and drummer Ralf Youtz. Initially maintaining a relationship with C/Z, Built to Spill debuted on record in 1993 with Ultimate Alternative Wavers, on which Martsch billed himself as "Dug." Afterward, Martsch moved the band over to another Seattle indie, Up Records, and revamped the rhythm section, in keeping with his plan to make Built to Spill a loose aggregation that would allow him to work with a variety of musicians. This time, he was joined by bassist Brett Nelson (not Netson, but his old cohort from Farm Days) and drummer Andy Capps (also from Farm Days, who'd joined Nelson in a group called Butterfly Train).

Accompanied by cellist John McMahon and guest spots from several ex-Treepeople, Built to Spill scored a creative breakthrough with 1994's acclaimed There's Nothing Wrong with Love. With the help of producer/engineer Phil Ek, who would become the band's regular collaborator, Martsch's fragmentary songwriting aesthetic and detailed arrangements really hit their stride, resulting in a minor gem of quirky indie guitar pop. The same year, Martsch formed a side project with Beat Happening frontman and K Records honcho Calvin Johnson, and they recorded the first of three albums as the Halo Benders. Martsch formed a new lineup of Built to Spill with former Lync rhythm section James Bertram (bass) and Dave Schneider (drums), but this incarnation existed only for a series of live gigs in America and Europe during 1995, which included a stint on the second stage of that summer's Lollapalooza tour.

The positive response to There's Nothing Wrong with Love -- coupled with the increased exposure of Lollapalooza -- helped create a buzz around Built to Spill, and before 1995 was out, Martsch inked a deal with Warner Bros. that promised a good amount of creative control. In the meantime, he and Brett Nelson reunited with Brett Netson and several other members of Caustic Resin for a collaborative (not split) EP on Up, titled Built to Spill Caustic Resin. In early 1996, K Records issued a compilation of rarities and outtakes, The Normal Years, that spanned 1993-1995 and featured work by most of the band's lineups. Martsch then turned his attention to recording Built to Spill's major-label debut. At first, he started working with drummer Peter Lansdowne and no bassist, but found that the chemistry was wrong for the more expansive songs he was trying to write. He brought back Brett Nelson and recruited former Spinanes drummer Scott Plouf, and re-recorded most of the album, only to have the master tapes damaged. The third re-recording was the charm, and featured guest guitar work by Brett Netson to boot. Finally released in 1997, Perfect from Now On was a set of longer, moodier songs that once again earned positive reviews, and substantially expanded the band's growing fan base.

Tired of continually re-teaching the band's repertoire, Martsch subsequently made Nelson and Plouf permanent members of Built to Spill. Material for their next album was, for the first time, worked out through collaborative effort in (mostly) full-band jam sessions. Despite those origins, Keep It Like a Secret emerged as the tightest batch of songs on any Built to Spill record yet, and was greeted with some of their most enthusiastic reviews to date when it appeared in 1999; it also became their first to reach the pop charts. New supporting cast member Sam Coomes -- also of Quasi, formerly of Heatmiser -- contributed keyboard work. In response to demand from fans, the Live album was culled from the supporting tour, featuring additional guitar work from Brett Netson and longtime band cohort Jim Roth; assembled from three different gigs by Ek, it was released in 2000.

The proper studio follow-up to Keep It Like a Secret arrived with 2001's Ancient Melodies of the Future; critical responses ranged from enthusiasm to indifference. The following year, Martsch took a breather to release Now You Know, a solo album on which he delved into more traditional folk and blues. After a long break from releasing records, the revamped group (now a quartet comprising Martsch, Nelson, Plouf, and Roth with additional help from the guitar-playing Brett Netson) stormed back with one of the finest records of their career, 2006's You in Reverse. Built to Spill resumed touring just after its release, and began recording for their next album later that year, although the results came in the form of a single, 2007's "They Got Away." The band entered the studio once again in 2008, recording There Is No Enemy with production from Martsch and David Trumfio. The album appeared in October of 2009 and the band spent some time touring behind it. They next appeared on a tribute album to the Smiths (Please, Please, Please), covering "Reel Around the Fountain." While in the early stages of recording their next album, Plouf and Nelson quit the band and their roadie Jason Albertini (otherwise known as a former member of Duster) joined on bass, while their live sound engineer, Steve Gere, became their drummer. The group then scrapped what had already been recorded, starting over with the new lineup and Sam Coomes co-producing with Martsch. Still with Warner Bros. after many years, the label released their eighth studio album, Untethered Moon, in early 2015. After the band finished touring behind the record. Martsch decided to overhaul the lineup. The trio of Martsch, Albertini, and Gere embarked on a West Coast tour in 2016, and in 2018 were lucky enough to serve as Daniel Johnston's backing band for two shows. Soon after that, Martsch announced that he was shifting to a revolving bandmember set-up, adding bassists and guitarists as needed. Bassist Melanie Radford and drummer Teresa Esguerra joined the band for a tour in 2019 celebrating the 20th anniversary of Keep It Like a Secret. The next year they released Plays the Songs of Daniel Johnston, a faithful covers album recorded during rehearsals for the 2018 concerts. Having left Warner Bros. in 2017 after a long run, the album was released by Ernest Jenning Recording Co. 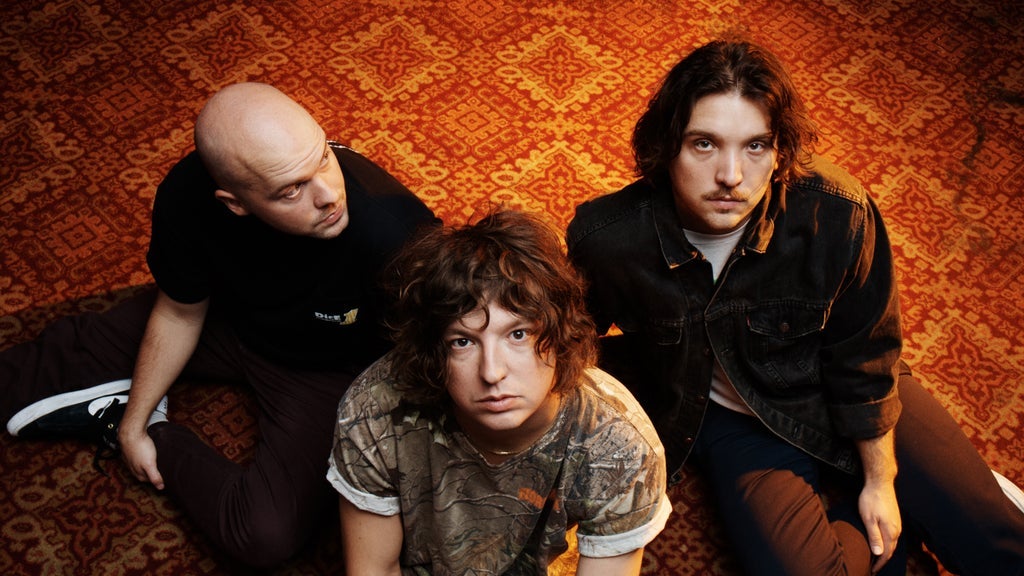