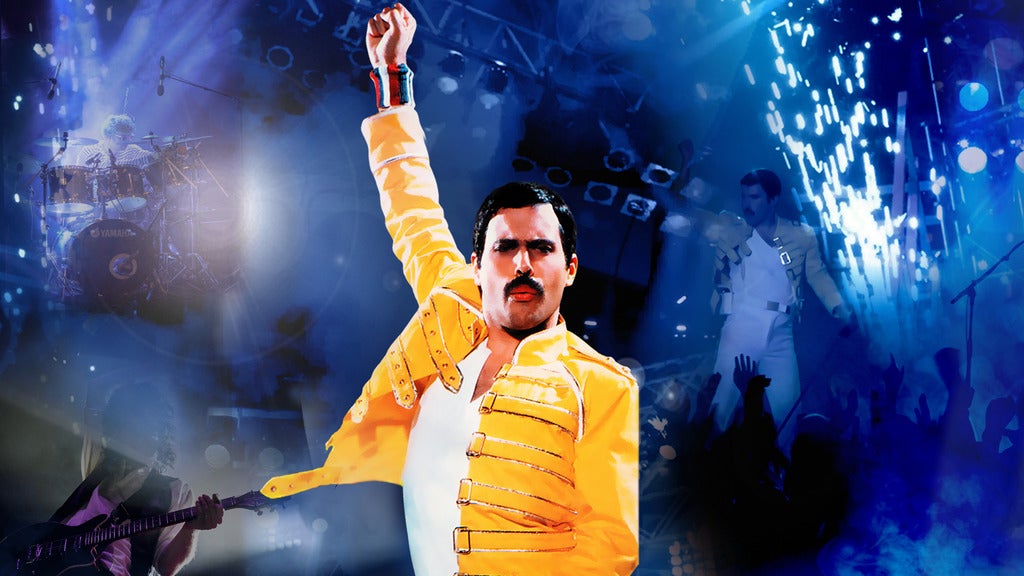 Lead singer Patrick Myers said “It's been an amazing journey. That first show changed my life. We thought our band would last maybe a summer at the most but it's a very addictive thing performing these songs. The concerts grew and grew and we've ended up playing and selling out the same arenas that Queen played at their peak. It's been quite a surreal ride. Becoming regular performers Red Rocks Arena in America is another highlight . The Beatles, U2, Springsteen, Dylan all played on that stage. It's really got it's own kind of magic going on there”

Killer Queen's first public shows were at London University, following in the footsteps of the real Queen who had played their first shows there decades earlier. Killer Queen's UK popularity grew to such an extent they soon secured a residency in London's Strand Theatre attracting nationwide BBC coverage - the first tribute to have a show in the West End . The band's reputation continued to grow both in the UK and abroad leading to an awards ceremony in Leicester Square, hosted by Suggs from Madness who presented them with the award for “Worldwide Best Tribute Band”. They also scored a number one hit when they they were asked to recreate Queen's harmonies for “The Real Life” with Fatboy Slim. By now they were in demand in European arenas playing Ahoy, where the now reformed Queen would be performing only a few months later. They were delighted to sell out Forest National Arena where Queen filmed the concert set piece videos such as Hammer To Fall and Don't Stop Me Now. Killer Queen then joined forces with Bjorn Again and The Bootleg Beatles for a Waverley Stadium show in Edinburgh. It was this performance that led to the band being selected to represent Queen in a re-staged tribute LiveAid concert held by Sir Bob Geldof. They performed with him at his arena charity concert to raise funds for the homeless. In 2016 Killer Queen set their sights on America including the awe inspiring Red Rocks Arena in Colorado – one of the countries most prestigious venues. The Beatles, Springsteen, U2 have all played there and the band are delighted it's become a regular fixture on Killer Queen's tour sheet. By 2020 the band were pulling huge arena audiences in Cardiff Motorpoint, Liverpool and Nottingham. 2021 sees them back on the road ready to delight huge audiences the world over. www.KillerQueen.com facebook/KillerQueenOnline Quotes "Concerts as near to the real thing as you're likely to get. A real life Bohemian Rhapsody. Freddie Lives! A Pop Legend Is back" The People “Killer Queen is a living jukebox, an absolutely fantastic show. This an evening where you feel the hair stand on the back of your neck. I've never seen the arena explode with such an electric charge. The sound is perfect...A Concert to remember” The VLT – Sundsvall Sweden. “This guy is not to be missed” Editor Brian May.com No detail is overlooked. Killer Queen are kings of the musical impersonators, the highest of tributes. Duncan Kennedy BBC 1 Very accurate. Almost frightening. The show, singing, music and appearance are unbelievably similar to the original. Skipping across the stage with his three and half octave broad tenor powering through the arena, Patrick's spark set the 10,000 Ahoy audience on fire . They danced, sang and clicked their fingers, all under Myers' direction. The best thing since Queen! Der Westen. (Ahoy Stadium Review) The fabulous Killer Queen came on stage. What an impact! Mirage or Resurection? The group voted best tribute in the world entirely succeeded in resurrecting Freddie Mercury both physically and vocally. You almost believe you were at Wembley Stadium back in 1986. Voix Du Nord. France. “Killer Queen rocked the race crowd to the Ebor Stand's rafters at the York Music Showcase last Saturday. The massive (15,000) Knavesmire crowd bounced, roared enthusiastically & punched the air on the terraces to Killer Queen's charismatic and uncannily accurate renditions of the Queen back catalogue, ... Freddie/Patrick, strutted for all the world is if it were Live Aid ...” BBC Yorkshire - Kate Lock "Patrick Myers' recreation of Queen's lead singer is simply uncanny.” Baz Bamignoye Daily Mail "Killer Queen took to the stage, the performance was scarily real. 'Freddie Mercury' gave it all he had in his trademark yellow suit - several outfit changes followed. The audience interaction could almost have been rehearsed. The crowd roared, danced and joined in as though it was a requirement for entry. Brilliant." The Scotsman / Murrayfield Stadium
We use cookies on our website to give you the most relevant experience by remembering your preferences and repeat visits. By clicking “Accept”, you consent to the use of ALL the cookies. However, you may visit "Cookie Settings" to provide a controlled consent.
PRIVACY POLICYCookie SettingsACCEPT
Privacy & Cookies Policy