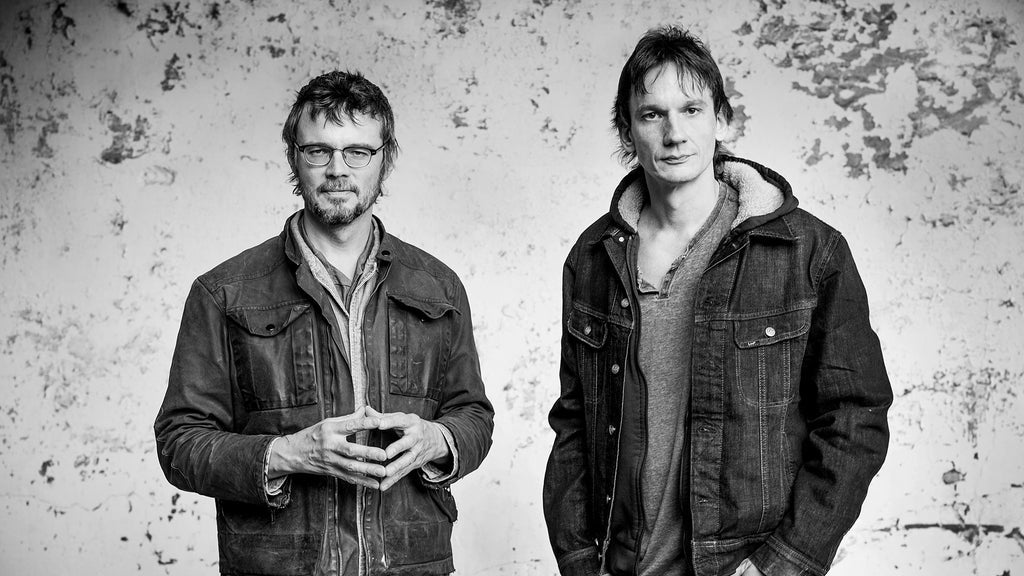 Nothing runs deeper than family ties. Brothers, sisters, fathers, mothers, sons, and daughters understand one another at the purest level. When families rally around music, they speak this oft-unspoken bond aloud and into existence. After 25 years, twelve albums, four GRAMMY® Award nominations, and sold out shows everywhere, North Mississippi Allstars open up their world once again on their thirteenth album, Set Sail [New West Records], welcoming other family (by blood and by the road) into the fold. As legend has it, Luther and Cody Dickinson started the band in 1996 as a loose collective of like-minded second-generation musicians who shared a local repertoire and regional style. Over the years, the lineup shifted by design, and each subsequent record offered up a different combination of collaborators. This time around, they mined the talents of Jesse Williams on bass and Lamar Williams, JR. on vocals. During the Allman Betts Band Family Revival, the Dickinsons first linked up with Lamar, son of the Allman Brothers bassist Lamar Williams, Sr., becoming fast friends and collaborators and eventually paving the way for Set Sail.

“The chemistry we have with this lineup is powerful,” observes Luther. “We are all second-generation musicians and share a telepathic, relaxed ease about creating and performing. I believe music is a form of communion with our loved ones and conjuring this vibe with members of musical families can be inspirational. Lamar and I are like-minded. I’ve never had the pleasure of working with a singing partner like Lamar. He has a true-blue quality in his musicality that will pull you in and break your heart. At the same time, Jesse grew up playing music with his brothers and his father—as did we. He plays like a sibling. We recorded the album fresh off the road and captured the energy we had worked up with him. I’m drawn to musical families, regardless of style. Playing with second- or third-generation players allows us an easy unspoken musical dialog. It’s not a big thing; it’s just what we do. We never had to figure out what it means and takes to be a musician. We all inherently know.”

They picked up this wisdom by osmosis. As sons of legendary producer and musician Jim Dickinson, Luther and Cody have been producing records themselves since they were teenagers. Separately, the brothers have produced albums by Samantha Fish, R.L. Boyce, Lucero, Amy Lavere, the Birds of Chicago, Ian Segal, and more. Luther produced two records from Otha Turner, including Everybody Hollerin’ Goat, which was named one of the ten most important blues albums of the nineties. Luther and Cody co-produce North Mississippi Allstars records as the “Dickinson Brothers.”

“We learned an enormous amount from our father,” Luther says, “Cody and I made mistakes, but we’ve always believed in ourselves, and we had to learn for ourselves. Rock ‘n’ roll is self-taught. Each generation has to reinvent itself and shed the skin of the elders. On Set Sail, we feel as if we’ve once again ‘broken the code,’ and know what we want and how to get it.”

Following 2019’s Up and Rolling, which received a GRAMMY® Award nod in the category of “Best Contemporary Blues Album,” Set Sail continues the band’s tradition of creating roots music that displays remarkable variety. Luther and Cody Dickinson dig in with the production and different guitar tones; the record sizzles with hard yet understated groove, grown folk music. Luther’s wide-ranging guitar style features jazz riffs, psychedelic sounds, and soulful slide. Drummer and multi-instrumentalist Cody draws on roots music, rock, jazz, rap, and other styles to create rhythms that propel the band’s sounds and move it forward. Their two aesthetics combine to create the band’s unique style, “Primitive Modernism,” melding the new and the old, traditional, and futuristic, crafted lyrics and improvisational music. Speaking of, the first single and title track “Set Sail Part I” [feat. Lamar Williams, JR.] rides a riff right out of the Southern Delta into the embrace of a horn section as the vocal interplay simmers on the line, “The water may rise again, but we shall set sail.”

“‘Set Sail’ really set the tone,” Cody goes on. “It could be taken literally or figuratively. Philosophically, it’s about the way the waters literally do rise. We’re talking about climate change in a literal sense, but it’s also symbolic in a social sense. It won’t be the first time.”

“See The Moon” [feat. Lamar Williams, Jr. & Sharisse Norman] hinges on a head-nodding bass line as Sharisse’s harmonies uplift a downright spellbinding performance from Lamar underlined by Luther’s unpredictable guitar phrasing. The most familial moments on the record happen when Luther’s daughters Lucia and Isla sing together on “Authentic” and “Didn’t We Have A Time,” marking a full circle moment in poetic fashion. Delicate instrumentation wraps around plaintive and powerful lyrics laced with nostalgia on the lullaby-style chorus. “It’s one of my favorite songs,” smiles Cody, who has recently become a father himself. “Hearing my nieces on it was a high point. It was really meaningful, deep, and beautifully sad, but also hopeful.”

Strings and horns give way to the smoky blues of “Never Want To Be Kissed” [feat. William Bell], illuminating yet another side of the sound. Luther notes, “Most of these songs have been floating around in my lyric books, waiting for their time to come. ‘Rabbit Foot’ and ‘Outside’ were inspired by conversations I remember having with Otha Turner and R.L. Burnside. We leaned into our other greatest influences: folk, soul, and psychedelic rock, but everything we play feels like North Mississippi. The recording also benefited from a new creative process I learned from a book, Q on Producing, that Cody sent me. I read about Quincy Jones’s philosophy of never recording a vocalist reading a lyric sheet. Up and Rolling was recorded with the band in the room. The genesis of Set Sail was the nylon string guitar and the vocals, and letting the memorized lyrics shape the song structure or lack thereof. This led to a whole new phonetics-based editing process that I’d never used before. Some of the lyrics were improvised and created on the mic, capturing the moment of creation.”

Building the songs from the guitar and BPM on Set Sail enabled Luther and Cody to experiment with their drum and guitar sounds in a leisurely way they hadn’t afforded themselves since their debut album, Shake Hands with Shorty (1999). In the studio, Cody mixed the songs again and again, working tirelessly but never losing perspective. Cody’s grooves and Luther’s songwriting furnish the album’s foundations.

Luther admits, “Recently, I had my mind blown by Rick Rubin saying that fitting lyrics into the puzzle of structure can compromise the message. Indeed, rules are made to be broken. I’m glad these songs came to fruition at this time because I was able to express my stance on life and love. The fear of having my children grown up and asking me why I didn’t speak up for what I believed in has driven me and helped mature my songwriting and solidify my stance. Having kids made me get my story straight.”

Luther adds, “Quincy says, ‘Music gives back what you put into it.’ We have dedicated our lives to music, and it’s given us a fantastic journey that’s still only beginning.

In 1997, R.L. Burnside hired me and took me on the road. R.L., Kenny Brown, and Cedric Burnside taught me how to tour nationally after years of touring locally. The Shake Hands with Shorty tour in 2000 took Cody and I around the world and changed our lives. We never really slowed down.”

They forge ahead always as a family, first and foremost. “North Mississippi Allstars means family,” Cody concludes. “I get the joy of working with my brother. Our families keep growing too. There’s a sense of history. The older I get, the more I realize how important it is to record this music, so younger kids can hear it. I just want to make sure we pass it on. It’s a huge honor to be a part of this tradition.” 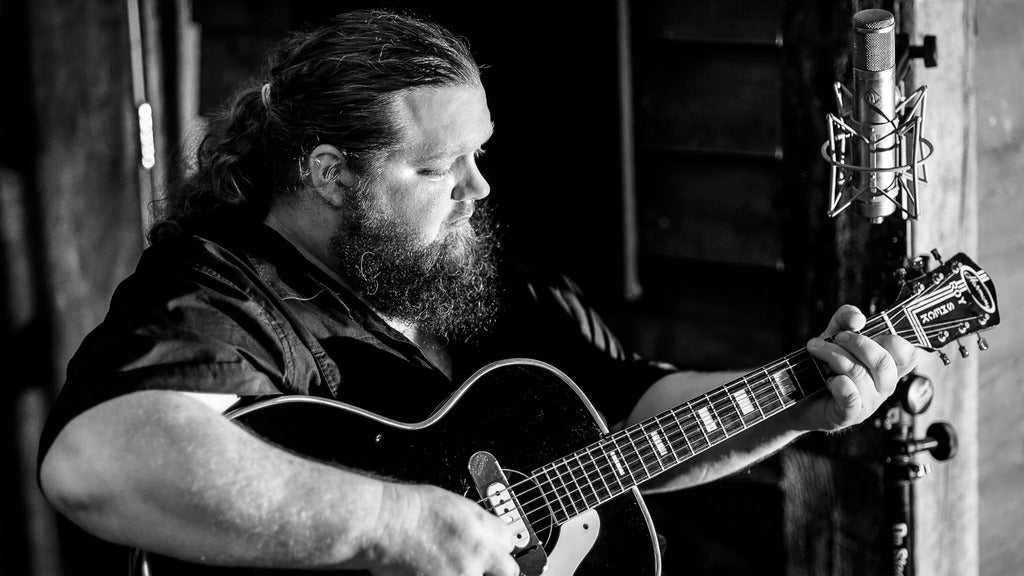 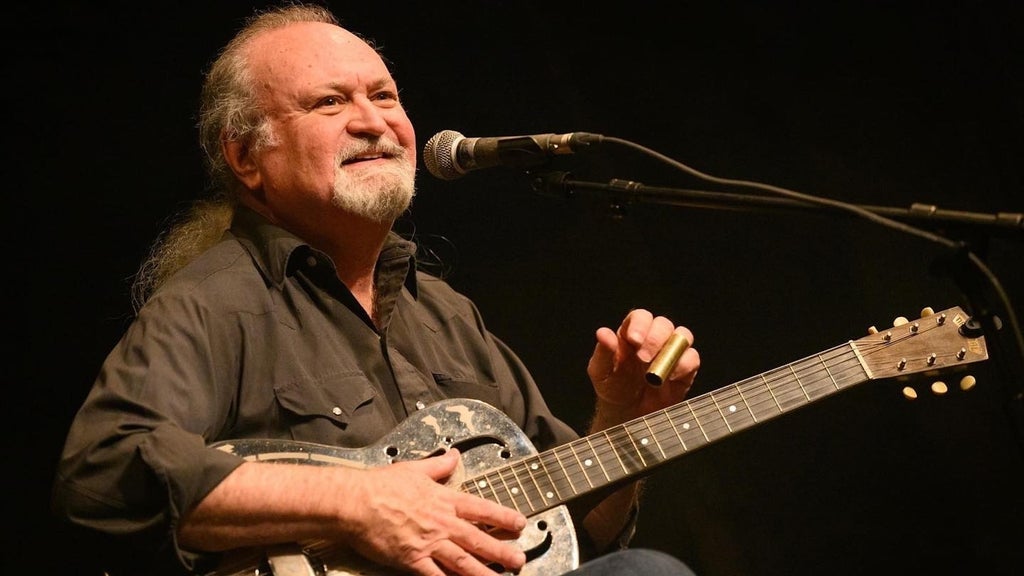