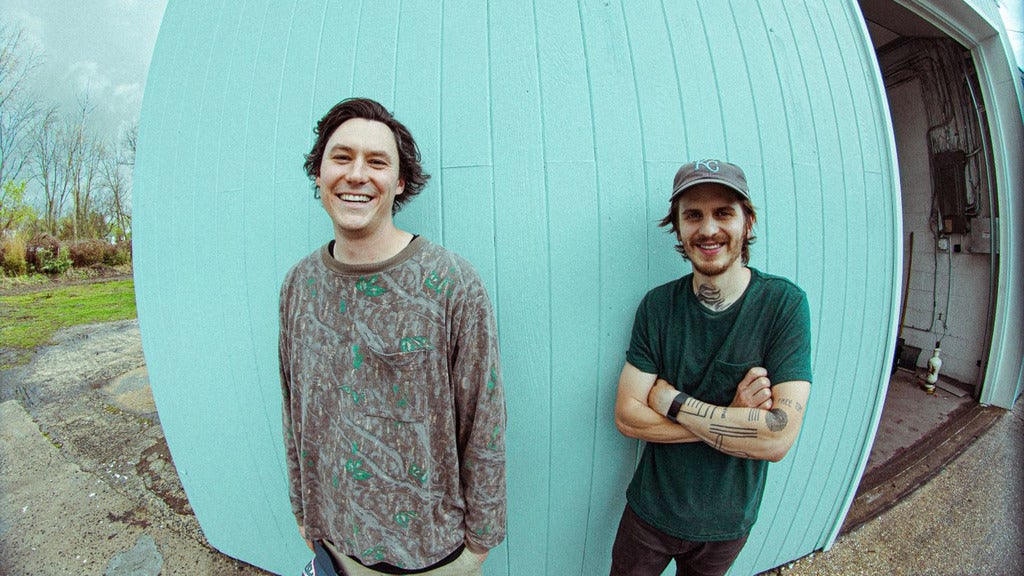 The Front Bottoms are an indie rock duo from New Jersey whose music is a wildly eclectic blend of pop, rock, and punk influences accompanied by witty lyrics that offer a rapid-fire, slightly surreal perspective on the world around them. On 2011's The Front Bottoms and 2013's Talon of the Hawk, the band's sound was defined by lean, angular melodies, wiry guitar work, propulsive drumming, and nervous but enthusiastic vocals. On 2015's Back on Top, the band moved up to major-label distribution as the guitars developed a more full-bodied sound and the tunes rocked harder, but their thematic quirks were essentially unchanged, and while they enjoyed greater commercial success, later releases like Going Grey and 2020's In Sickness & In Flames made it clear that fame was not about to change them.

The Front Bottoms are vocalist Brian Sella on guitars and vocals and Mathew Uychich on drums and bullhorn. Hailing from Bergen County, New Jersey, Sella and Uychich have been friends since they were ten years old, and started writing songs together when Sella was in sixth grade. After years of making music on their own, Sella and Uychich decided to take their act to the stage at a high school talent show, where they played an original song as well as a Modest Mouse cover. Sella's mother hoped to encourage the boys by buying them some time at a local recording studio, where they managed to record 12 songs in just three hours. With enough original songs to play a set, the Front Bottoms were booked to play an all-ages show at a club in Pompton Lakes, New Jersey with a handful of local bands; there they met Casey Lee Morgan, who was running sound that night and recorded music in his home studio.

Morgan began doing sessions with the duo, and in 2008 the Front Bottoms put out a self-released album, I Hate My Friends, and hit the road, making their way up and down the East Coast and playing any makeshift venue that would have them. Another D.I.Y. album, My Grandmother vs. Pneumonia, was released in 2009, and an EP appeared in 2010. Early on in their touring exploits, Brian Uychich (Mathew's brother) joined the duo on keyboards and vocals, but he left the group in 2011 to pursue his education, and the Front Bottoms returned to a duo. In 2011, the band signed a deal with respected New Jersey independent label Bar/None Records, and their first album for their new sponsors, simply titled The Front Bottoms, was issued in September 2011. They followed it up with 2013's Talon of the Hawk, and in 2014 they released a six-song EP of previously unreleased fan favorites titled Rose, which was supposedly the first in a series of EPs to be named after the bandmembers' grandmothers. In April 2015, they released a split-EP called Liberty and Personality with rapper GDP, followed by their third studio album, the Fueled by Ramen-issued Back on Top, in September of that year. Over the next two years, the Front Bottoms continued to raise their profile, playing at Coachella and Austin City Limits as well as touring the U.K. with blink-182 and Frank Turner. In October 2017, they released Going Grey, their second LP for Fueled by Ramen. The Ann EP appeared the following year. In March 2019, the Front Bottoms released a split-single with singer and songwriter Kevin Devine, with the band contributing a cover of Devine's "Just Stay." Forever fascinated with the zeitgeist, their 2020 LP, In Sickness & In Flames, captured the group self-examining their continued adolescent feelings amid the anxiety of the times.